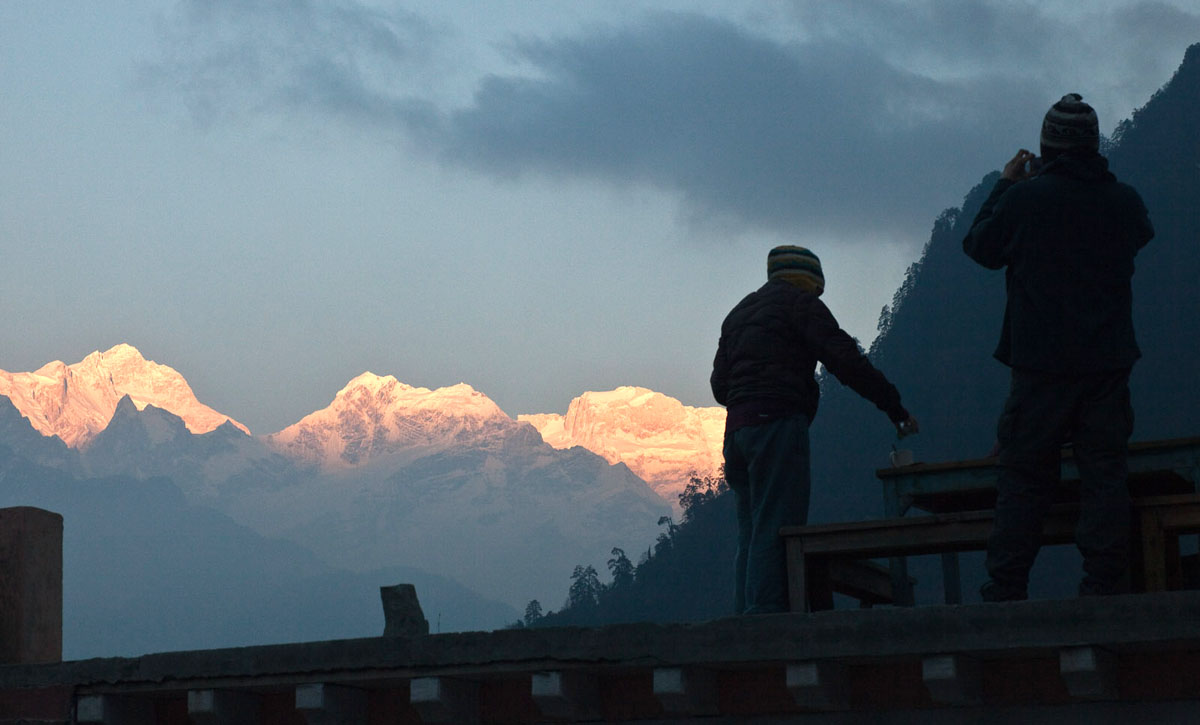 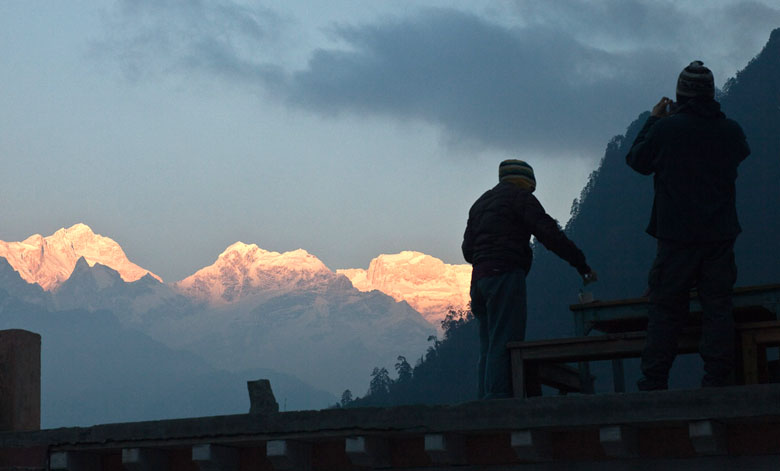 Mountain views in Nepal are best in fall and spring

With the highest mountains in world and latitude similar to the state of Florida, Nepal has tremendous variation in climates. The lowland plains are tropical, the midland hills are temperate, and the high mountains have sub-arctic and arctic conditions. For trekkers, the fall and the spring offer the best clarity (mountain views are a big reason why we travel to Nepal) and mild temperatures with the least precipitation. Below are Nepal's trekking seasons:

The months of October and November are peak trekking season in Nepal: temperatures are mild, the weather is relatively stable, and the clear air makes for superb mountain views. The high mountains are still cold and and lower elevations are still warm but the daytime walking temperatures are the most pleasant overall. Bad weather can hit any time of year but the fall has the most reliable conditions.

The fall season is also when Nepal receives the bulk of trekkers. The most popular trails, such as Everest Base Camp and the Annapurna Circuit, are bustling with trekkers and this is felt from the trails to the teahouses. The Thamel district of Kathmandu will be full of tourists and guides charge at their highest rates during the fall peak season (although hiring a guide is relatively cheap any time of year).

The second most popular time of the year for trekking in Nepal is from late February through April. The spring temperatures are similar to the fall and the trails are less crowded, but there is slightly more haze and precipitation. This means that in the spring you will need to reach higher elevations for clear mountain views, usually around 10,000 feet and above. Precipitation levels increase as the spring progresses.

The shoulder seasons can be excellent, particularly the second half of September and early December, but they are also more of a risk. If you're lucky, you will experience peak season conditions with only a fraction of the trekkers. If the monsoon lingers or the winter arrives early, the weather won’t be nearly as pleasant.

December is normally dry, stable, and clear, but also cold, especially at higher elevations. By mid-December high elevation trekking becomes treacherous and many teahouses close. During the winter the mountain passes may require techincal equipment and experience.

Monsoon (Stay Away): May through August

The summer from May through August generally is a poor time to trek in Nepal (lower elevation hill treks and the drier Mustang and Dolpo regions can be exceptions to the rule). Significant heat and moisture rise up from the Indian Ocean, bringing hot temperatures, clouds, haze, and rain. This blocks the views, creates messy trails (with leeches), and leads to significant problems with ground transportation. The peak of the Monsoon season occurs in July when the weather begins to taper off into the drier fall period.