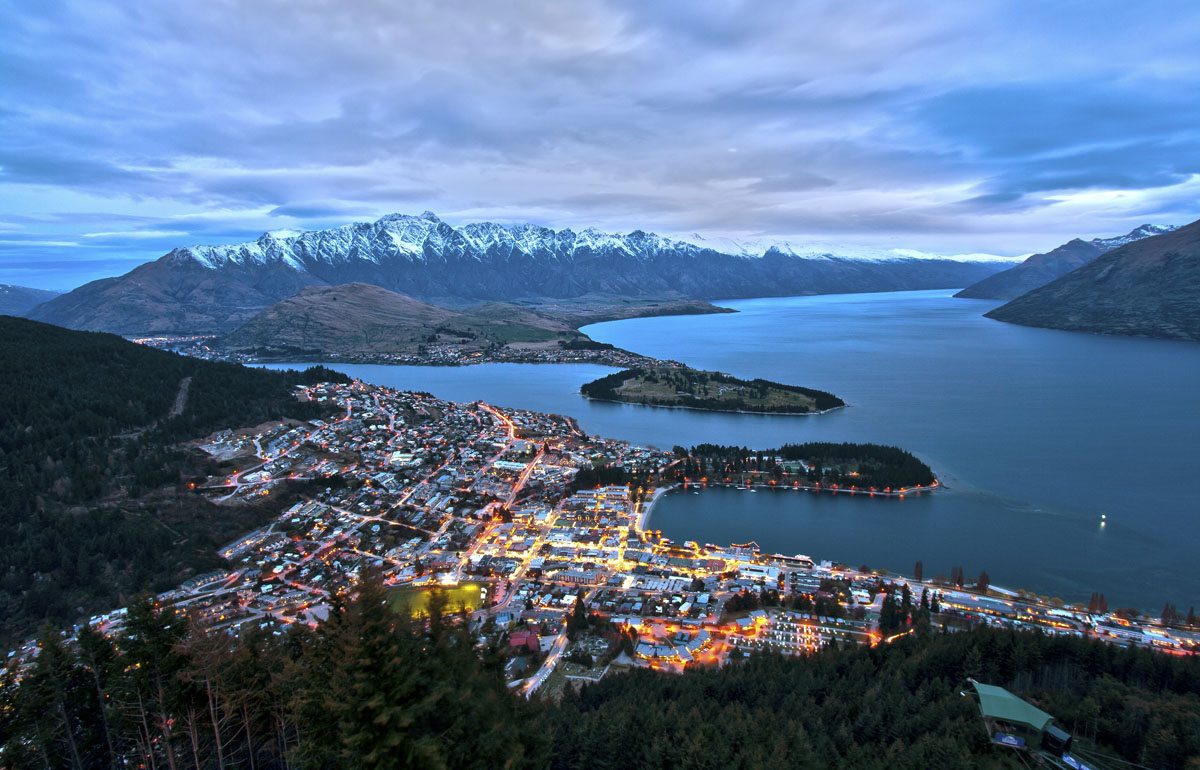 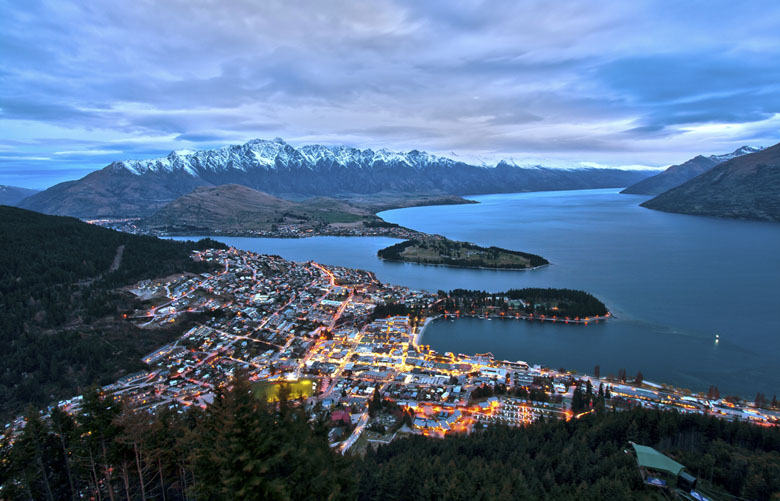 New Zealand firmly has established itself as one of the world’s top adventure destinations. Queenstown receives much of the attention—it is indeed chock-full of adventure opportunities—but a host of other exciting towns beckon. Below are New Zealand’s 10 Best Adventure Towns, from high mountains of the South Island to the beaches of the Far North. Each has an accompanying page with information on activities, highlights, and when to go. Enjoy!

1. Queenstown (South Island)
Queenstown has been dubbed the “Adventure Capital of the World” and the reputation is well-earned. In close proximity are seemingly endless adrenaline-inducing activities such as bungee jumping, skydiving, jetboating, whitewater rafting, heli-biking, paragliding, and ziplining. If those weren’t enough, Queenstown boasts all the traditional outdoor sports with terrific hiking, mountain biking, kayaking, skiing, and more.

2. Wanaka (South Island)
The title of “Adventure Capital of New Zealand” belongs to Queenstown, but Wanaka is close on its heels. The latter can’t complete with the quantity of adventure offerings but the quality and scenery are right on par. A more accurate description might be that Queenstown is New Zealand’s adventure hub for travelers and Wanaka is where Kiwis go to play (hint: go to Wanaka!).

3. Kaikoura (South Island)
The laid-back seaside town of Kaikoura doesn’t always get mentioned among New Zealand’s top outdoor destinations. It should. Located on the east coast of the South Island between Marlborough and the city of Christchurch, the Kaikoura Peninsula juts out into the Pacific Ocean beneath the snow-capped Kaikoura Mountains. Whale watching is the most popular activity but Kaikoura also has terrific hiking trails and local surfers know the waves are some of the best in New Zealand.

4. Raglan (North Island)
Raglan is one of the world’s great surfing destinations. People come for the legendary waves, sunsets, and laid back lifestyle, enshrined into surfing lore by the 1966 film “Endless Summer.” Nearby Manu Bay (aka The Point) is known as the world’s longest left-hand break: in perfect conditions the ride can be an astounding two kilometers and ten minutes long.

5. Te Anau (South Island)
Te Anau is the gateway to Fiordland National Park and few places can rival its surroundings. The small town sits on Lake Te Anau, the largest lake on New Zealand’s South Island, at the foot of the Kepler and Murchison Mountain Ranges. To the north is the Milford Road leading to famous Milford Sound. To the west is Doubtful Sound, which doesn’t get quite the hype but is three times longer than Milford Sound and ten times larger.

6. Paihia (North Island)
The seaside town of Paihia is the adventure hub for New Zealand’s Bay of Islands and a launching point for trips to the Far North. Located three hours north of Auckland, the Bay of Islands is a semi-tropical coastal wonderland with several large inlets, 800 km of coastline, 150 islands, and plentiful marine life. Paihia serves as an ideal base with easy access to the region’s excursions and trips.

7. Picton (South Island)
Picton is the gateway to the beautiful Marlborough Sounds and the port of arrival for the ferry from Wellington. The seaside adventure hub is the launching point for hiking and biking on the popular Queen Charlotte Track, kayaking on the Sounds’ 1,500 km of coastline, or for just sitting back and enjoying the region’s famous seafood. Picton is a stone’s throw from Blenheim in the heart of the Marlborough wine region and a short train ride from Kaikoura, another top adventure town.

8. Mt. Cook Village (South Island)
Mt. Cook Village is a tiny town at the foot of New Zealand’s highest mountains. Located in a narrow valley at the end of Highway 80 four hours north of Queenstown, the surrounding landscapes are steep and dominated by glaciers and rocky peaks. Mt. Cook, called Aoraki or “Cloud Piercer” in Maori, is the highest mountain in New Zealand at 3,754 m (12,316 ft).

9. Rotorua (North Island)
Rotorua is a land of geothermal pools, lakes, and steaming geysers located in the heart of the North Island’s Taupo Volcanic Zone. The region was the birthplace of tourism in New Zealand—in the 19th century people flocked to the Pink and White Terraces that were covered over by the eruption of Mt. Tarawera in 1886. Rotorua also is a cultural center with a long indigenous history and Maori currently make up over one-third of the population.

10. Fox Glacier (South Island)
Visiting “Glacier Country” on the West Coast of the South Island is a highlight of traveling in New Zealand. Fox Glacier and Franz Josef Glacier are two are the biggest glaciers in the country, snaking downward from New Zealand’s tallest peaks to only a few hundred meters above sea level. Much of the vertical drop is visible: their terminal faces are surrounded by rainforest and are extraordinarily close to the coastline. 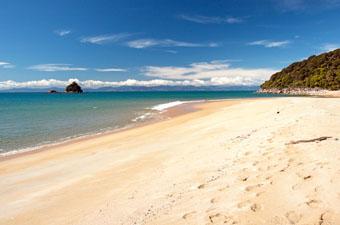 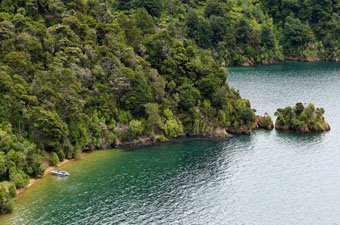 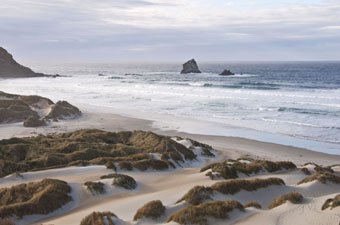 Otago on the South Island is one of New Zealand’s most varied regions, from high alpine terrain to remote coastline and almost everything in between. The outdoorsy towns of Queenstown and Wanaka are most popular... 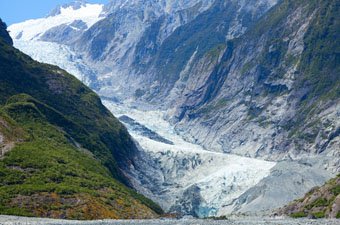 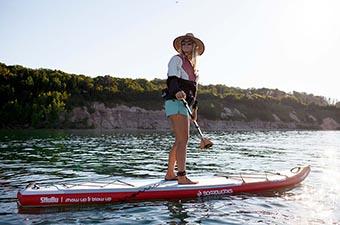 Inflatable stand up paddle boards (SUPs, for short) are taking the boating scene by storm, and it’s easy to see why. These compact vessels are easy to transport (no car rack required), surprisingly durable...