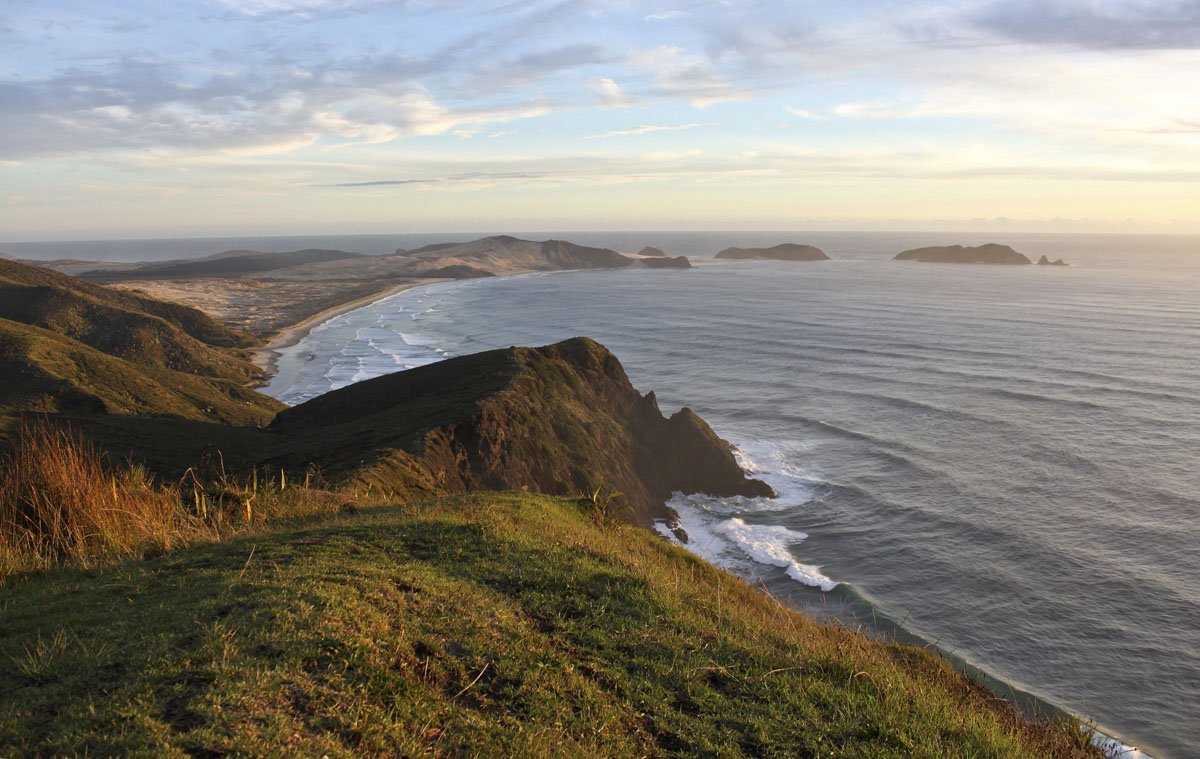 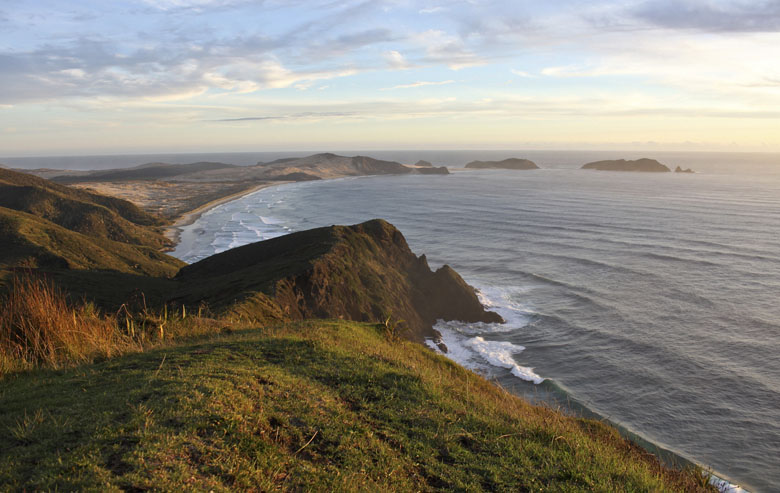 New Zealand’s Northland region, often referred to as the Far North, stretches to the uppermost tip of New Zealand’s North Island. Bordered to the west by the Tasman Sea and to the east by the Pacific Ocean, this slender sub-tropical peninsula is known for long expanses of remote coastline. Much attention is paid to the Bay of Islands, and rightfully so, but other opportunities abound for exploring this unique arm of the country.

The Bay of Islands, a 3½-hour drive from Auckland up the northeastern coast, is an 16-kilometer wide inlet flush with secluded coves, beaches, and an abundance of its namesake islands (144 in total). Home to peaceful waterfront communities and an abundance of fishing and sailing, the Bay of Islands embodies the idyllic pace that makes New Zealand such a wonderful place to visit. Nobody seems to be in a hurry up here—the priorities of the day include watching the sunset accompanied by locally caught seafood and a glass of Sauvignon Blanc. Many North Islanders own vacation homes near the Bay of Island’s dozen or so small townships, and a smattering of hotels and bed-and-breakfasts are available for travelers.

Paihia is the largest town in the Bay of Islands but the vibe is decidedly better across the water in Russell. Getting there requires a ferry from Opua (or a considerably longer drive) before a short and scenic road leads to the town center with wide vistas of the bay. Russell today couldn’t be more different from its gritty past—in 1830 it became the first European settlement in New Zealand and a lawless haven for whalers, traders, and escaped Australian convicts. The Treaty of Waitangi, considered to be the founding document for the modern state of New Zealand, was initiated in Russell in 1840, and a number of the country’s oldest surviving buildings can be found along the waterfront. Contemporary Russell has an abundance of cafes, shops, and footpaths, and makes a terrific base for soaking up the area’s history, getting outdoors on the water or the Bay of Island’s walking trails, or simply slowing down.

The Bay of Islands is the northern terminus in New Zealand for many travelers. Some continue on with a full-day tour to Cape Reinga and back, the dramatic tip of the Aupouri Peninsula that is commonly mistaken for New Zealand’s northernmost point (the Surville Cliffs 30 km to the east are actually further north). Cape Reinga is a highlight of the Northland, but it would be a shame to pass through the area too quickly without walking the beaches and feeling the windswept and isolated terrain. This is what the Northland is all about.

The Cape Reinga Coastal Walkway at the extreme tip of the North Island is one of New Zealand’s most memorable trails and offers access to the coast. The 53-kilometer track parallels the Northland’s rugged shoreline with ocean views throughout, undulating from high on steep hillsides to the floor of sandy beaches. The full track takes 3–4 days to complete but shorter sections are accessible, even directly from the main Cape Reinga parking lot. Nearby Tapotupotu Bay has one of New Zealand’s most scenic campgrounds and is the setting off point for the terrific half-day walk to Cape Reinga (9 km round trip).

On the way back down to Auckland (or the way up, depending on which way you go), stop by the Waipoua Forest on the Northland’s west coast to see New Zealand’s ancient kauri trees. These 2,000-year-old behemoths reside in the Northland's largest tract of native forests and have trunks that exceed five meters in diameter. Tane Mahuta, or "Lord of the Forest" in Maori, is the single largest kauri tree in the country.