With over 15,000 kilometers of coastline, you would be hard-pressed to find better surfing and fewer crowds anywhere in the world. New Zealand gets swells and weather patterns from all directions, producing a variety of waves that reap the praise of local surfers and visitors alike. Combining clean and consistent conditions with a throwback attitude, surf’s up in New Zealand.

New Zealand officially was put on the surfing map in 1966 when the film “Endless Summer” featured the sleepy town of Raglan on the North Island. The North Island has warmer weather than the South Island and is home to a majority of the country’s well-known surfing beaches. The South Island is no slouch, however, and those who brave the colder conditions can experience world-class waves in solitude.

Wherever you go, surfing rentals and surfing lessons abound. For veterans, New Zealand is one of the last great surfing destinations where you can load up a van and simply follow the waves. The next set is never far down the road.

You can surf in New Zealand throughout the year. The majority of the country has a temperate (not tropical) climate. The summer months from December through March bring the warmest conditions; air and water temperatures decrease from north to south. In the summer it’s common to see surfers without wetsuits north of Auckland and even in Raglan and Taranaki. Surfing on the South Island requires a wetsuit year-round. Be sure to check the local forecasts and surf reports before heading out.

More on Surfing in New Zealand 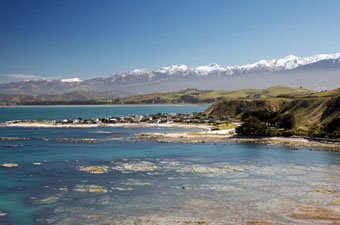