We put Montane’s lightest waterproof jacket to the test 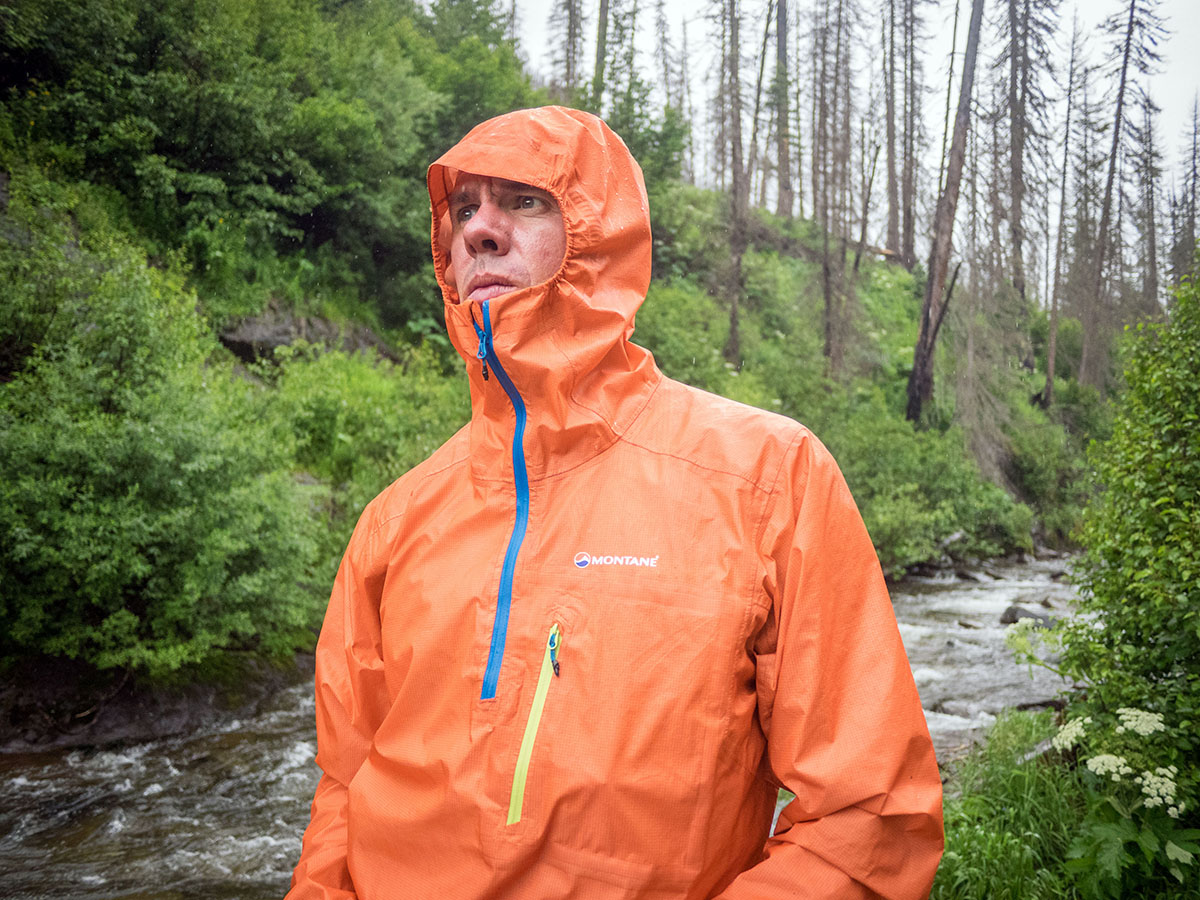 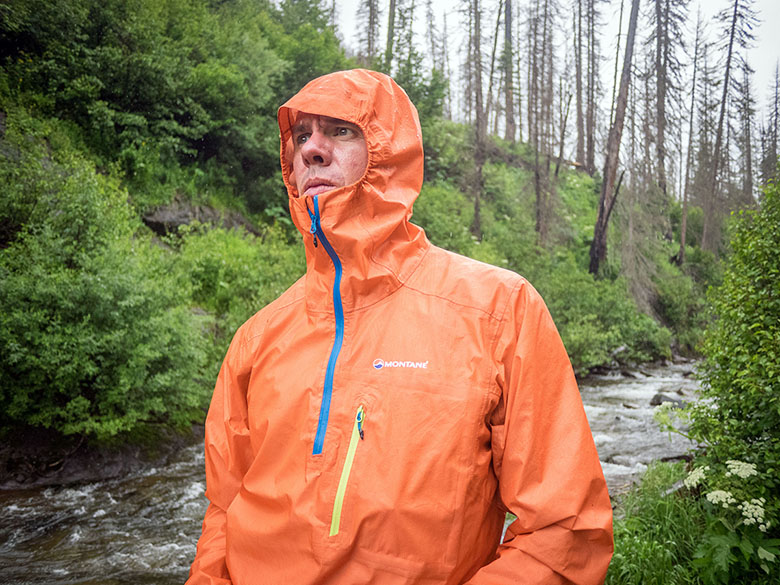 UK-based outdoor gear maker Montane hits the mark with its Minimus 777 Pull-On Jacket (also made as a full-zip jacket). What immediately stands out is its 4.7-ounce weight and incredibly compact size, but we were also impressed with its highly breathable construction. The minimalist design isn’t for those that prefer a feature-rich jacket, and the price tag may be a bit hard to stomach, but for high output activities like trail running, mountain biking, and fastpacking, the Minimus 777 is a great match. Below we break down the Minimus 777's waterproofing and breathability, features, durability, fit, and more. To see how it stacks up to the competition, see our comparison table and article on the best rain jackets.

Upon arrival, the quality of the fabric and the attention to construction detail were immediately apparent. The Minimus 777 Pull-On is made with an extremely light version of Pertex Shield+, a popular and proven waterproof and breathable fabric. Here, Montane uses a 3-layer construction, as opposed to the 2.5-layer designs you typically find in the ultralight category (like the popular Outdoor Research Helium II and Patagonia Alpine Houdini). The 3-layer build improves comfort, durability and breathability, without negatively impacting weight or packed size. The Minimus easily stows away into its single chest pocket and compacts to about half the size of a Nalgene bottle.

Throughout a wet spring in both the desert and high peaks, the jacket performed as billed: it kept us dry while exerting large amounts of energy mountain biking or peak climbing. The Pertex is an impressive fabric that, despite an incredibly thin 7-denier construction, repels moisture quite well. Also, breathability is excellent. Even though we were constantly on the move we didn’t end up damp on the inside of the jacket. During one particular day on a recent a fat bike tour, we rode in a bone soaking drizzle all day and remained dry throughout. 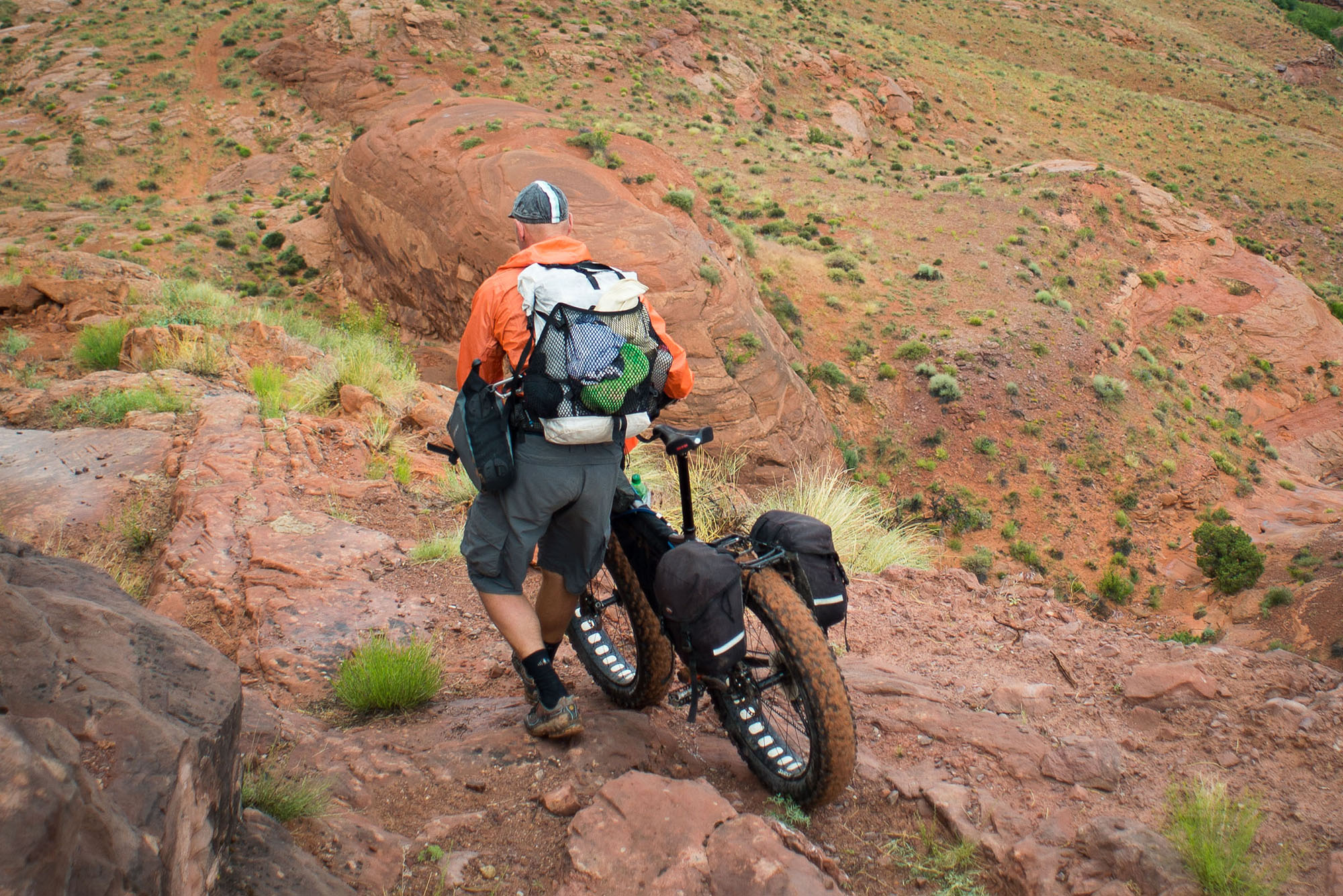 Given its simplicity, low weight, and waterproofness, this jacket is best for trail runners, bikers and hikers who spend ample time in the elements. Much like its competitor, the Arc’teryx Norvan SL, its small size makes it just about perfect for bringing along on any adventure where saving space and minimalism is essential. We do, however, hesitate bringing it into alpine regions outside of mild weather months. The thin fabrics will eventually get pinned down against your skin, unlike a heavier hardshell jacket.

The Minimus 777 Pull-On is all about simplicity and has almost no bells and whistles. Instead of cord lock sliders or other such adjustments, the Minimus has elastic cuffs at the wrists, waist, and hood. Additionally, there are no pit zips or other venting solutions—one vents by pulling up the sleeves and lowering the center zipper. 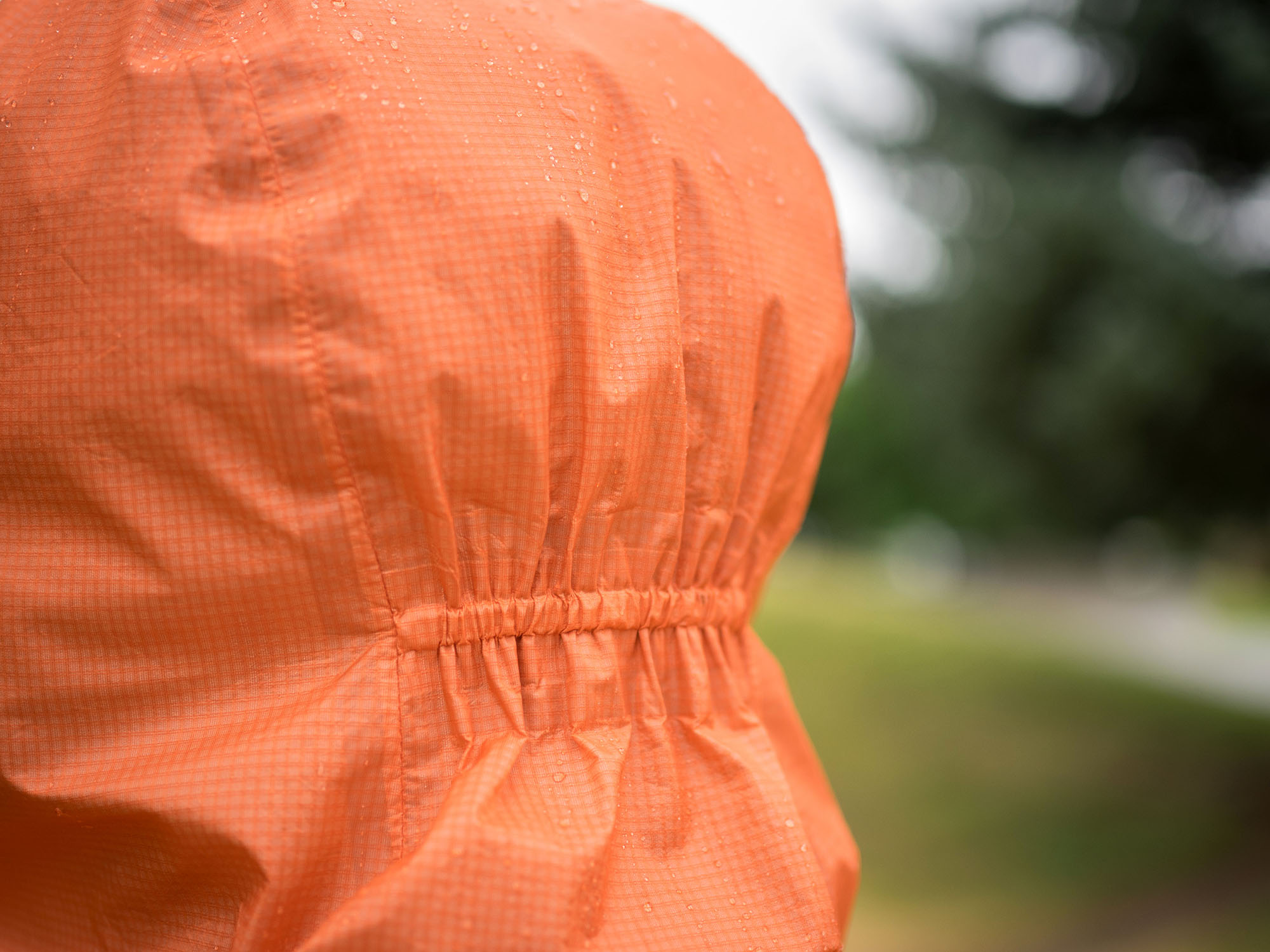 The hood of the jacket is not helmet compatible, but designed instead to be worn under helmets. In an age where nearly all waterproof shells are designed with helmet compatible hoods, we found this feature to be a drawback when using the jacket for technical purposes. It is much easier to vent by pulling the hood on or off over a helmet rather than having to take a helmet off for this adjustment. We did find the center zipper to be nice in providing increased protection from the elements as it extends above chin level to the bottom of one’s nose.

A sub-5-ounce waterproof jacket will not win any awards for durability, but we’ve been impressed with its performance thus far. After continual wear on several trips the jacket is holding up well, and still looking and performing as it did on day one. Montane touts the stitch count (12-13 stitches as opposed to the industry standard of 8), and we’ve experienced no signs of seam failure. Editor’s Note: Brett is legendary for destroying gear and gave this jacket an extended test, which bodes well for its build. 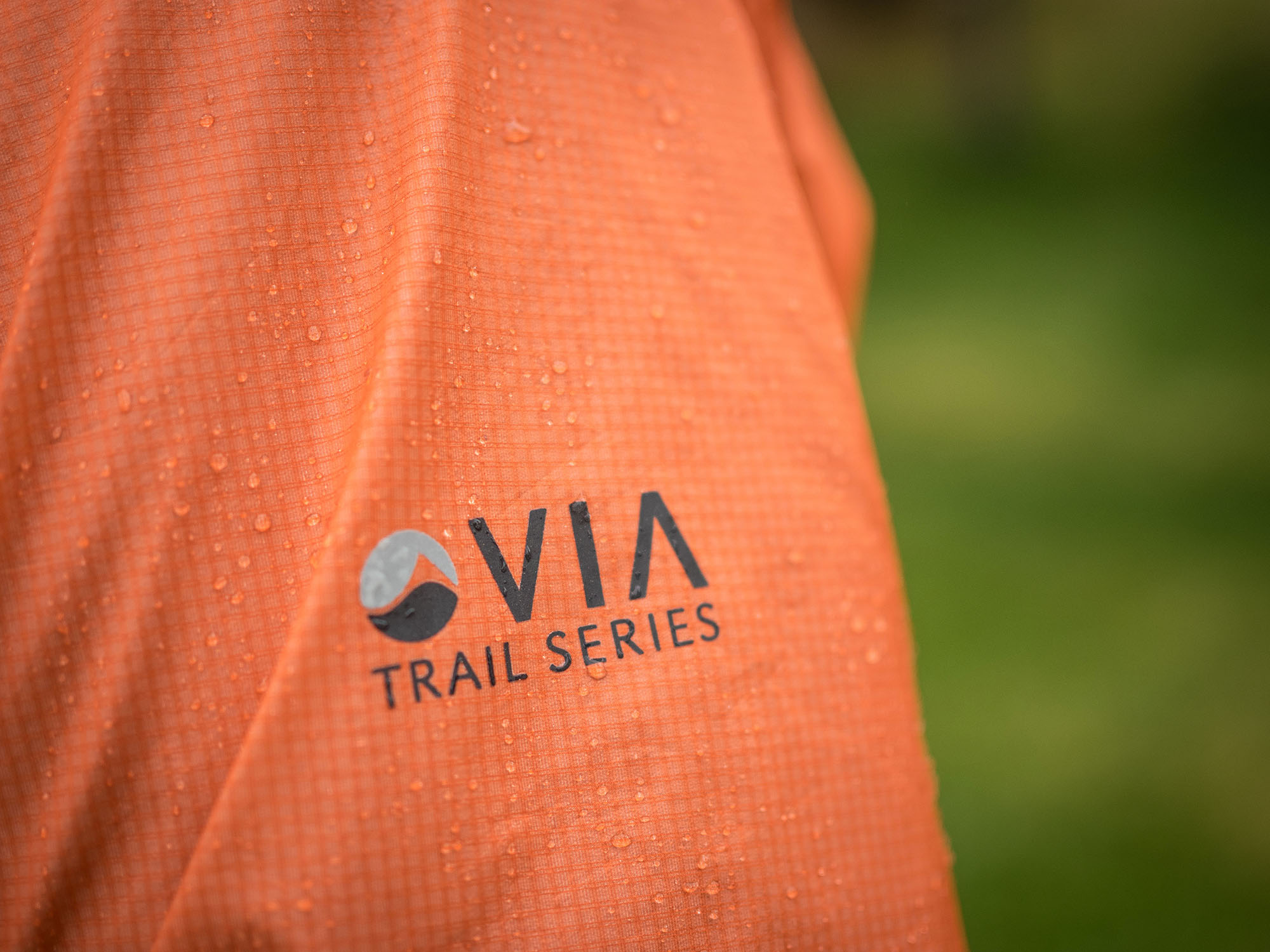 The fit is the trim for athletic builds, and we found the size to run smaller than typical U.S. sizing. The men’s large we tested felt more like a medium in every aspect from arm and torso length to shoulder width. Given the small size, the articulated arms did, however, provide nice freedom of movement for high reaches. Additionally, because of the smaller fit, wearing it over layers was constraining. If possible, we recommend trying on the jacket prior to purchasing or possibly going up a size. 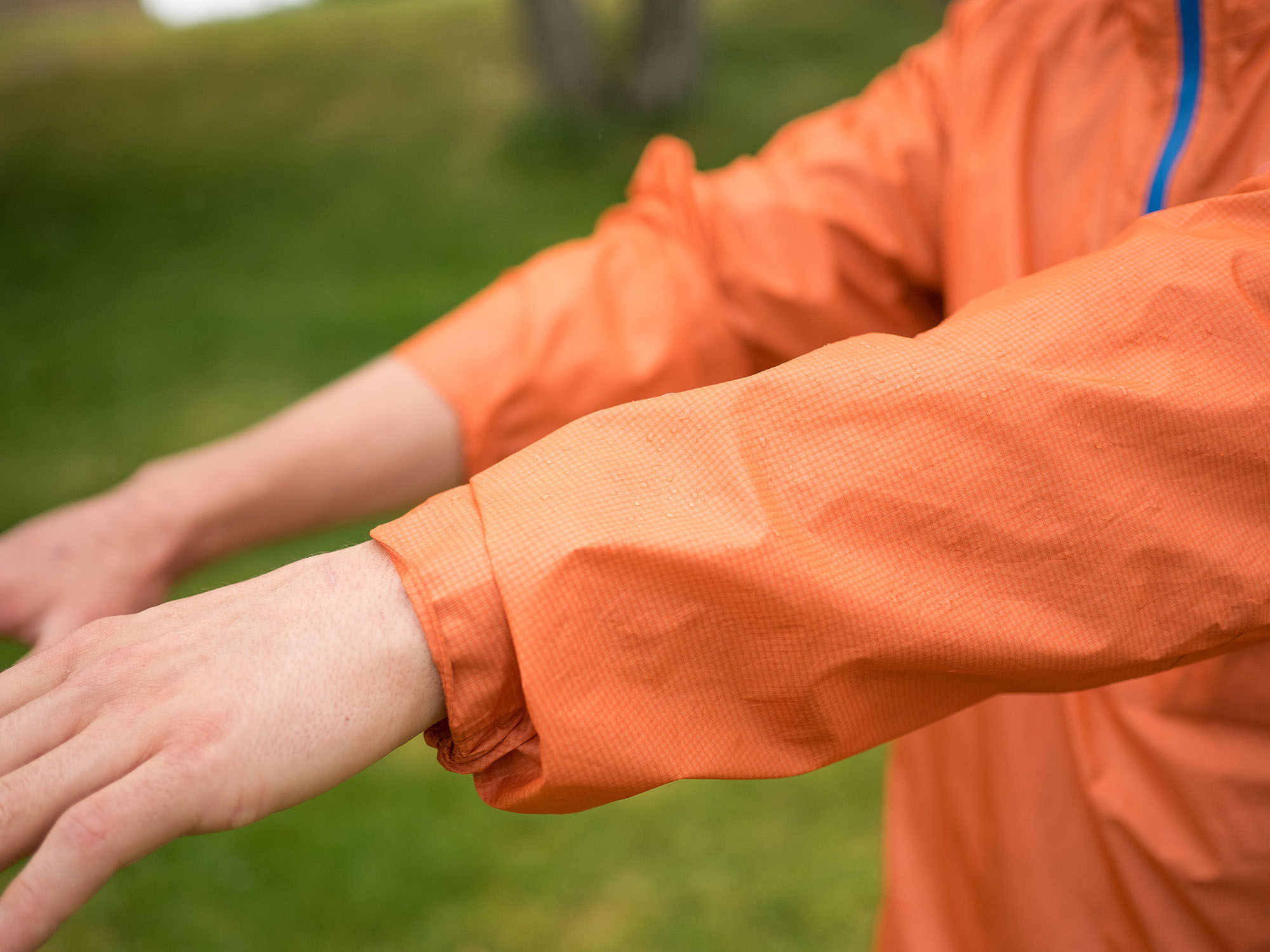 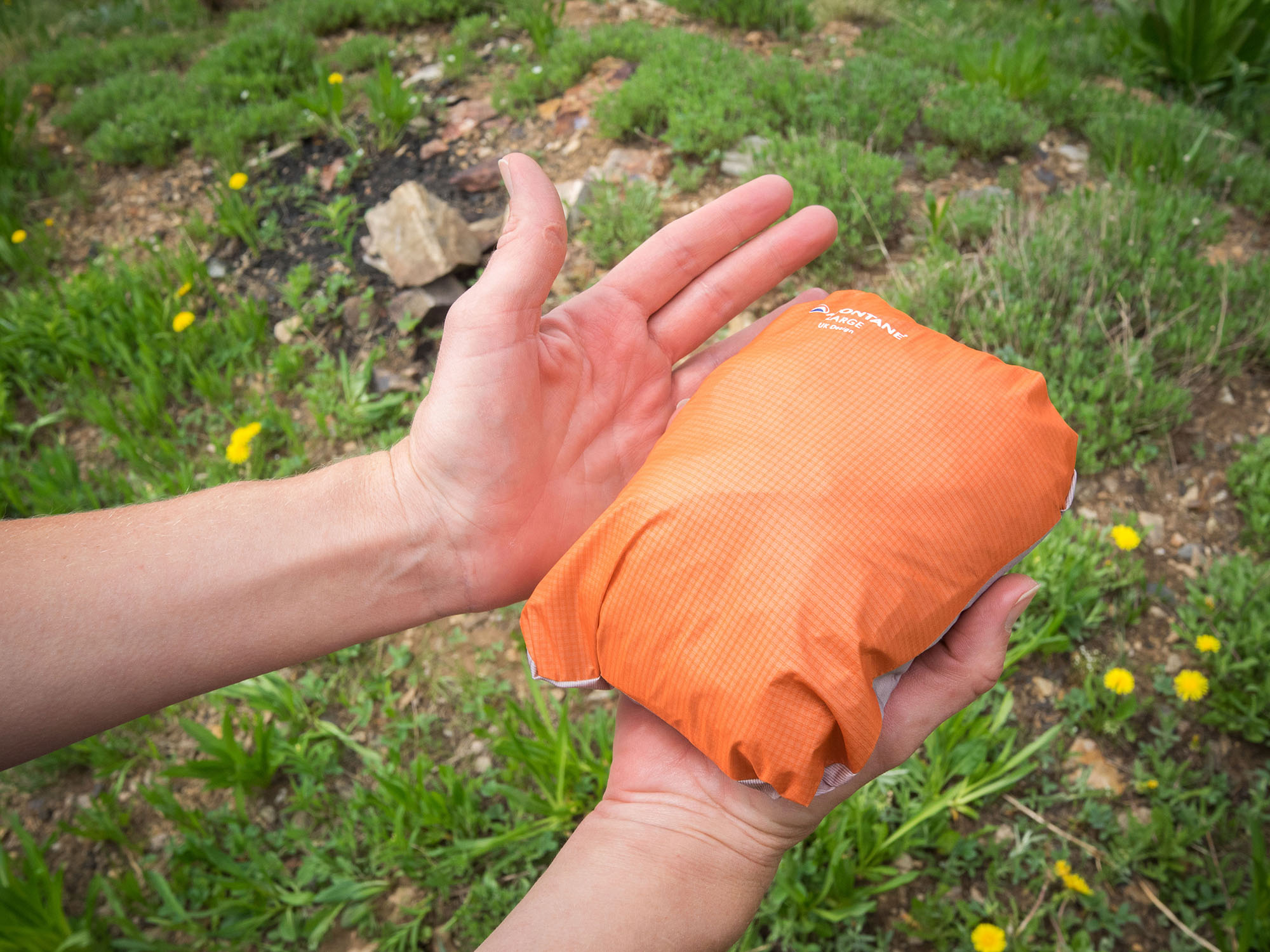 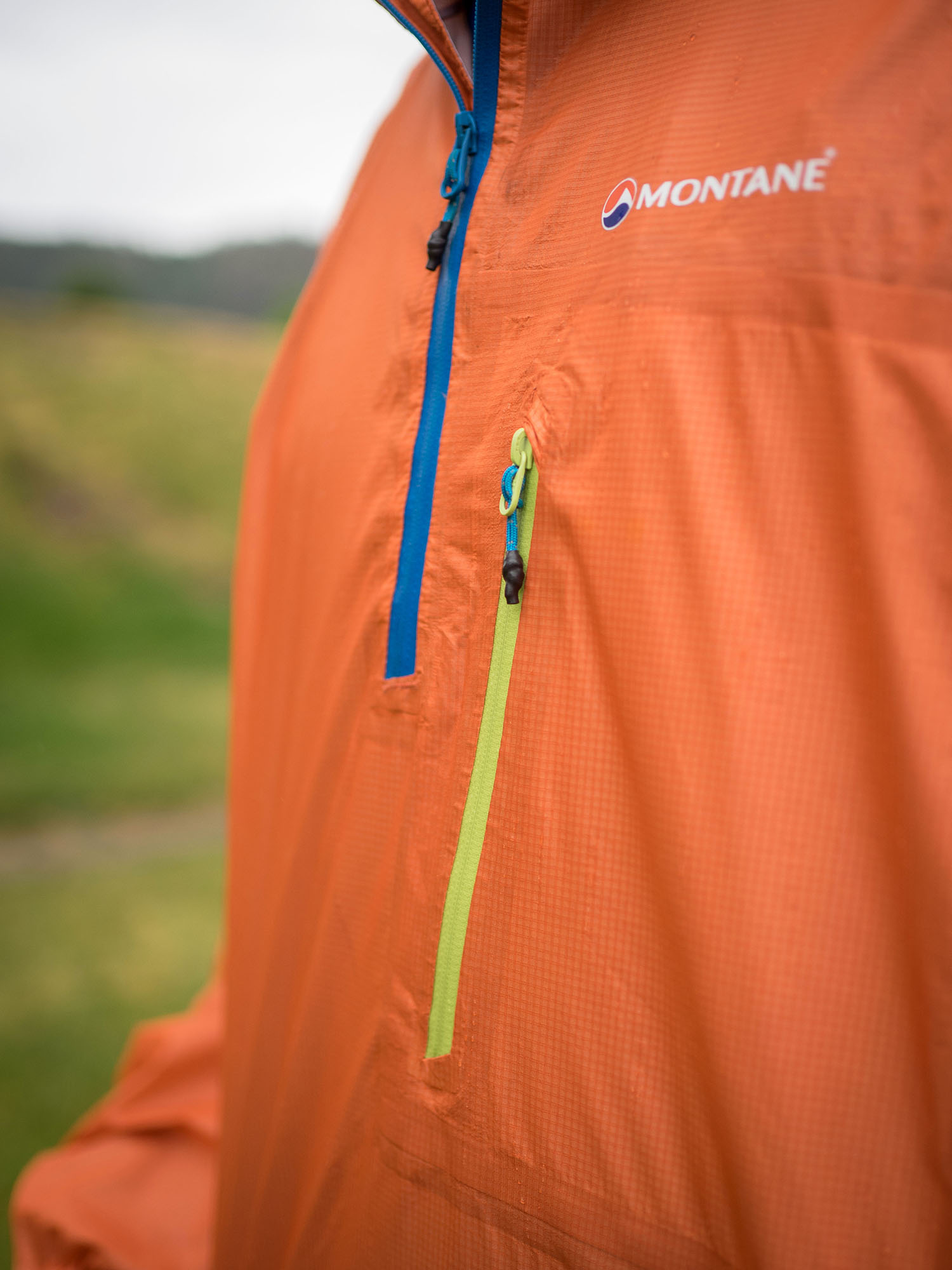 At nearly $300, the Minimus 777 lands in a relatively small, niche market. Most of the ultralight jacket competition—the Outdoor Research Helium II, Patagonia Alpine Houdini, and Marmot Essence—are less expensive ($200 or less), weigh 6 ounces or more, and use a cheaper 2.5-layer construction that isn’t as breathable. Hikers looking for an ultralight emergency shell may prefer one of the options above, but for high output activities like trail running, the Minimus 777 is worth the extra cash.

One jacket that strives for just about the exact same goals as the Minimus 777 is the Arc’teryx Norvan SL Hoody. The Norvan SL is a full zip jacket, so the more appropriate competitor is the full zip version of the Minimus 777. The jackets share a 3-layer construction and sub-5 ounce weights (the Norvan uses Gore-Tex as opposed to the Minimus’ Pertex Shield), and both are very breathable. They do, however, differ in feature sets. If a pocket is important to you, go for the Minimus. The Arc’teryx, on the other hand, has the better fitting, toggle-adjusted hood, and is less prone to wetting out (see our full review of the Norvan SL). The hood and improved waterproofing is what pushes us to like Arc’teryx more, but that doesn’t take anything away from the Minimus 777, which is a very well designed, and surprisingly durable, ultralight shell.

Other Models in the Minimus Line

Montane has created a full line of jackets with the Minimus name, ranging from the heavier and less breathable but more affordable 2.5-layer Montane Minimus shell and half-zip smock, to the superlight Minimus 777 pull-on reviewed here. The “777” denotes the 3-layer construction (each layer is 7 denier) and is the primary reason for the price bump over the standard Minimus.

There also is a full-zip Minimus 777 jacket available. The only difference is the price ($299) and that the zipper is full length, which adds a minuscule 6 grams (0.2 ounces) to the weight. For trail running, the half zip should do the trick, but as an all-around piece, some may prefer the convenience of not having to pull the jacket over your head every time. 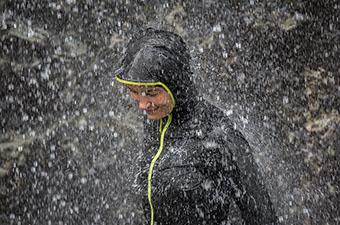 Purpose-built for trail running along the wet and sloppy trails of North Vancouver, Arc’teryx’s Norvan collection runs the gamut from the long distance-focused Norvan LD shoes to the Gore-Tex-equipped Norvan SL Hoody tested here. In short, this rain... 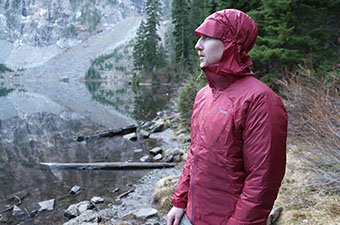 Nearly ten years ago, Patagonia released their lightweight wind shell, the Houdini jacket. For mountain athletes, this layer has been a game changer like none other. It is incredibly lightweight... 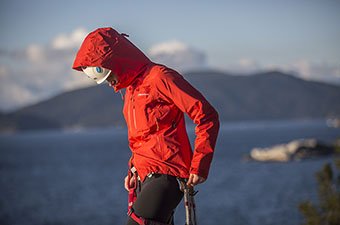 UK-based gear companies like Montane and Rab are relative newcomers to the North American market, but arrive with decades of research, development, and field testing in Europe’s rugged mountains. Montane recently took a big leap forward... 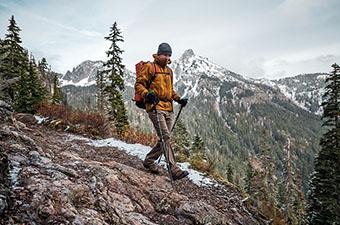 Serious hikers have known the great benefits of trekking poles for decades. Aside from providing stability while hauling a heavy load or moving over technical terrain, trekking poles have distinct advantages even on easy trails. They’re great for...